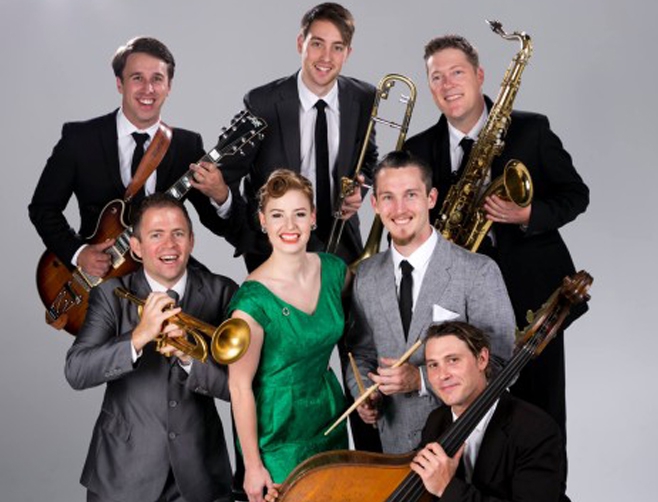 Adam Hall and the Velvet Playboys are somewhat of an institution of the Perth music scene. Formed in 2005, the band is renowned for its captivating live performances, which are marked by slick presentation and raw energy. Along with Adam (Vocals/Trumpet) it features some of Western Australia’s finest musicians including talented songstress Jessie Gordon.

The Playboys have been a hit at major festivals and events around Australia such as; the Narooma Great Southern Blues Festival (NSW), Wintersun (Qld), Melbourne Lindy Exchange(Vic), Alice Springs Cup Ball (NT), Fairbridge Folk Fest, Shinju Matsuri Festival of the Pearl and Blues at Bridgetown (WA). In 2013 Adam and the band toured Europe including Blue Note (Osnabruck, Germany) and Vienna Blues Spring (Austria).

Along the way, the VPs have also been nominated for a WAMI award and backed US music legends Big Jay McNeely, Syl Johnson and Betty Harris.

Their large repertoire is rooted in the jazz and rhythm & blues music of the 40’s and 50’s from artists such as Ray Charles, Jackie Wilson and Chuck Berry.

There are currently no gigs scheduled for Adam Hall & The Velvet Playboys.