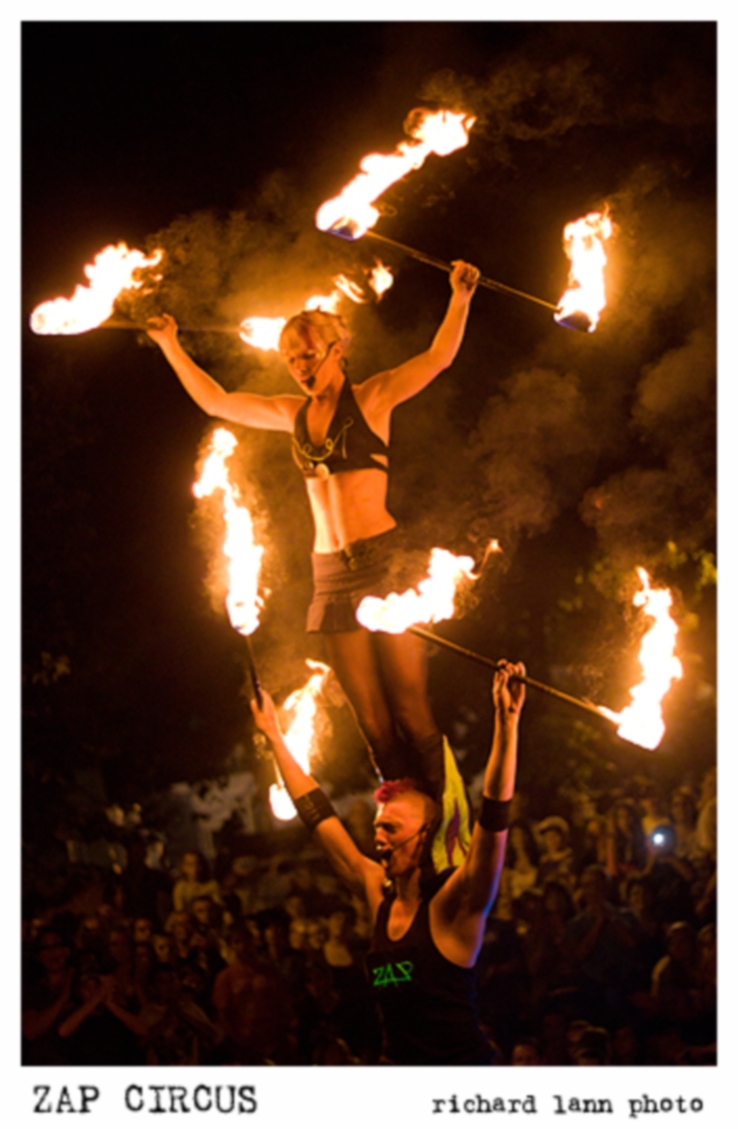 Western Australia’s ONLY internationally awarded flame show! A high energy flame and SPfx show, involving small fire and BIG fire, acrobatics, circus and plenty of laughs! Winners of the People’s Choice, Festival Favourite and the Extreme Award, Tarrabelle and Rusty will lead you on a hilariously death-defying adventure through circus and love. Culminating in an inspirational spectacular of Fire, Acrobatics and Wit!

There are currently no gigs scheduled for CIRCUS FIRE Spectacular! by ZAP CIRCUS.