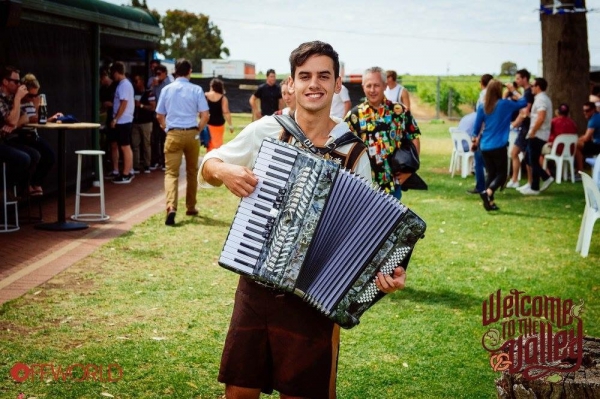 Danilo’s principal musical influence has been Brazilian music. Danilo is further influenced by European, African and American sounds which has further defined his own unique Brazilian style of music. Danilo has performed with musicians such as Marcio Mendes, Cathie Travers, Nikki Dagostino and many others.

In late 2014 Danilo began intensive study with the great jazz and tango accordionist Cathie Travers. 2 months after moving to Australia, Danilo started his own projects as a full time musician, forming the D’Paz solo and duo, an interesting mixture of all his musical influences on the piano accordion with a special percussion touch.

In late 2016 Danilo joined an Indigenous Rock and Blues band which has been performing in many places around Western Australia and performed for the “Say No To Drugs” awareness tour, sponsored by Roy Hill mining company.

Danilo also has been working as a freelancer musician, performing with many different groups and bands. His repertoire ranges from the Brazilian classics to vintages, contemporary hits, German, French and Italian favourites.

There are currently no gigs scheduled for Danilo Paz.