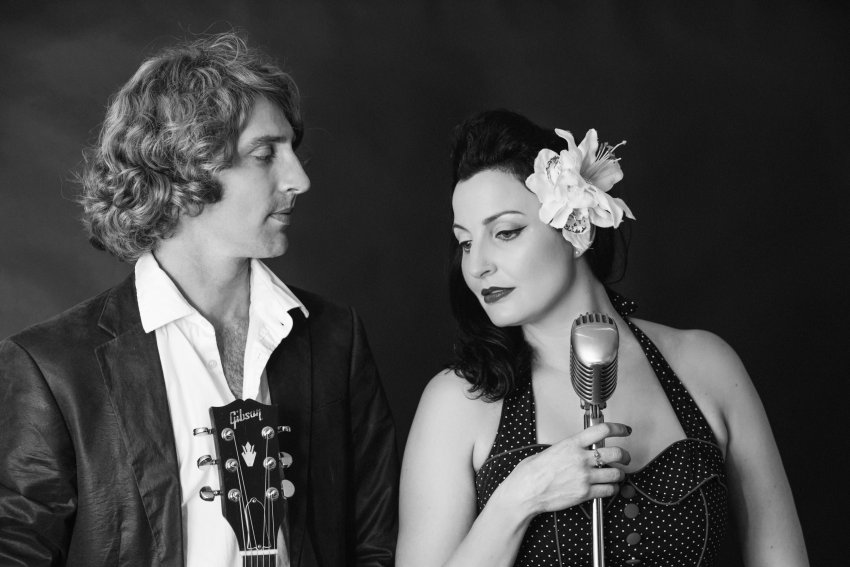 Elysia Jazz Duo consists of Elysia Murphy on vocals and Steve Hensby on guitar and vocals. Residing in Perth, Western Australia, they play a diverse range of jazz styles including swing, bossa, bop, ballads and blues as well as their own inimitable original compositions. They include songs in French and Portuguese and both improvise in a number of songs.

Elysia brings her impressive range and impeccable pitch to her smooth and soulful vocals while the multi-talented, Berklee graduate, Steve, accompanies her on the guitar with simultaneous bass lines, comping and vocal harmonies.

Steve and Elysia are both accomplished musicians and singers who teach in prestigious music institutions in Western Australia and perform regularly in a number of bands, playing a range of genres. Steve has been nominated by the Western Australian Music industry (WAM) as Guitarist of the Year and two of Elysia’s compositions were nominated as a WAM Song of the Year, 2019 and 2020.   Steve’s jazzy take on the classic, If I Only Had A Brain was also nominated in the IMA’s (Independent Music Awards) cover category.  A song of hers, written in French, also won Best Music Video at the Revelation International Film Festival.

Elysia Jazz Duo can play 1-4 sets and can switch between softer background music to create a mood or perform more of a lively show depending on the venue and the time of night. They can also provide their own PA if required.

They’ve played many venues, events and festivals around Perth and regional WA, as well as gigs in Melbourne and Brisbane. In December-January 2018/2019 and 2019/2020 they toured around the UK playing jazz and original songs.

They can also expand to a swinging full band, featuring Perth’s finest rhythm section that will definitely get toes tapping. They can tailor their repertoire to provide sophisticated background music or more swing, blues and rockabilly if retro dance-floor action is what you’re after. 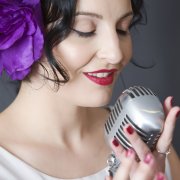 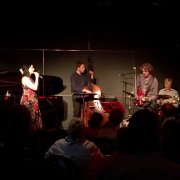 A Tisket A Tasket

Can’t We Be Friends

Dream A Little Dream Of Me

Fly Me To The Moon

Gotta Gimme What You Got

I Get A Kick Out Of You

I Know You Know

If I Only Had A Brain

If The Stars Were Mine

I’m Beginning To See The Light

It Ain’t Necessarily So

Knock Me Off My Feet

La Mer (Beyond the Sea)

Meet You at the Moon

My Baby Just Cares for Me

On The Sunny Side Of The Street

Peel Me A Grape

Sing Me A Swing Song

So Much in Love

Someone to Watch Over Me

Somewhere Over the Rainbow

Straighten Up and Fly Right

Sugar in My Bowl

T’ain’t What You Do

The Girl from Ipanema

They Can’t Take That Away

Today I Sing The Blues

You’re Getting To Be A Habit With Me

There are currently no gigs scheduled for Elysia Jazz Duo.