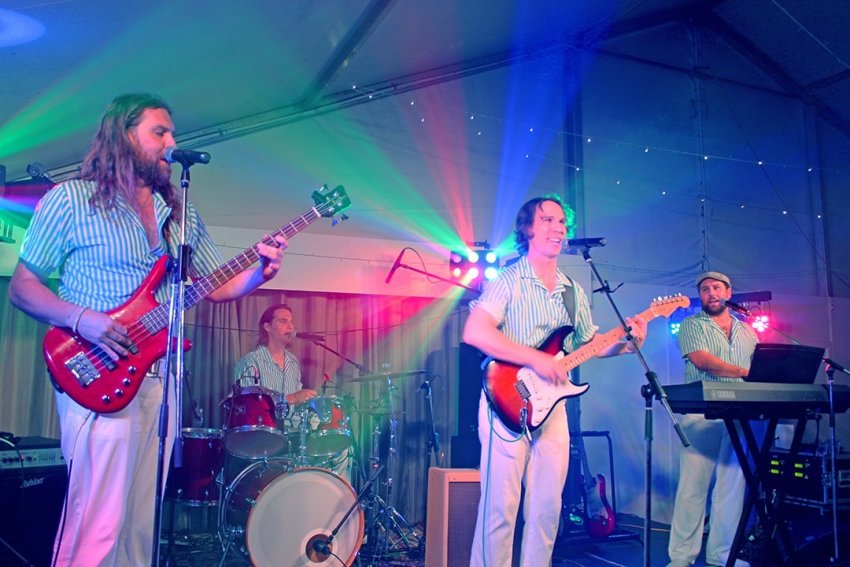 Virtually every chart hit the Beach Boys recorded is accurately reproduced by Good Vibrations. Just like The Beach Boys & The Bee Gees there are brothers in the band in fact 4 brothers, giving them such a strong blend that enables them to captivate the amazing harmonies.

The Huxley Brothers formed their first band as young boys in 2004 performing at festival concerts throughout the country. Their love for vocals harmonies naturally led them to The Beach Boys music and they have spent many years perfecting the harmonies that influenced both The Beatles and Bee Gees.

This is music that will simply live on forever and touch your senses as a music lover Good Vibrations can tailor their shows to meet the requirements of your special event from corporate to small private parties.

There are currently no gigs scheduled for Good Vibrations – The Beach Boys Tribute.