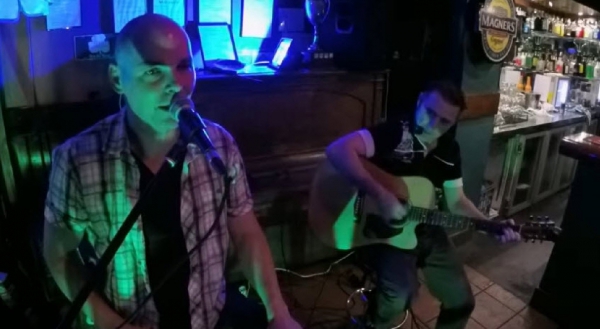 Grimlie reunites Paul Leslie (Lead Vocals/Guitar) and Mark Grima (Lead Guitar/Vocals) who previously made up two thirds of the popular Perth acoustic trio “FLUID” between 2002 and 2007.

FLUID were the resident Saturday night band at the Sail and Anchor in Fremantle from 2002 to 2005 and performed at many venues around Perth and Regional WA.

Between 2007 and early 2015 Paul lived in Brisbane fronting a local cover band playing the band circuit in Brisbane and Gold Coast.

Together Paul and Mark, known as Grimlie, blend a unique mix of popular songs through a variety of eras played with their own flair and entertaining style.

There are currently no gigs scheduled for Grimlie.