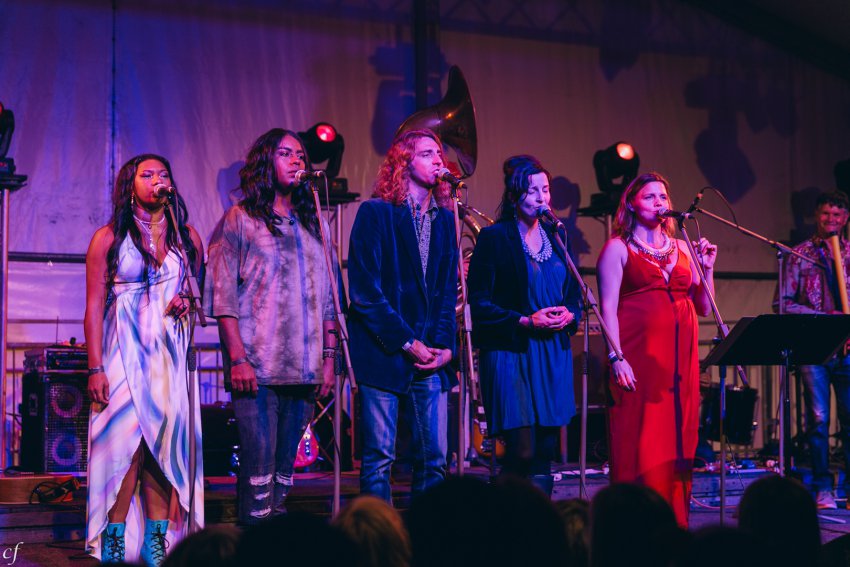 Presented by Dr Richard Walley, Olman Walley and the Junkadelic Brass Band,
The Six Seasons Concert is a collection of original songs for the six Noongar Seasons – Makuru, Djilba, Kambarang, Birok, Bunuru and Djeran. Developed under the guidance of Noongar Elder Dr Richard Walley – the songs use different musical genres to tell the Six Seasons story – including Blues, Choral, Jazz, Reggae, Funk, Rock and Hip-hop. This unique performance is a celebration of our place in the world – the South Western corner of Australia – and the knowledge and culture that has existed here for tens of thousands of years.
The multicultural 20 piece band features both Richard and Olman on Didgeridoo and some of Perth’s best new vocalists including Tani Walker, Joel Davis, Kirsten Smith, Babykool, Steve Hensby, Alysia Murphy and Antonia Garcia.

There are currently no gigs scheduled for Junkadelic Brass Band with Richard Walley.