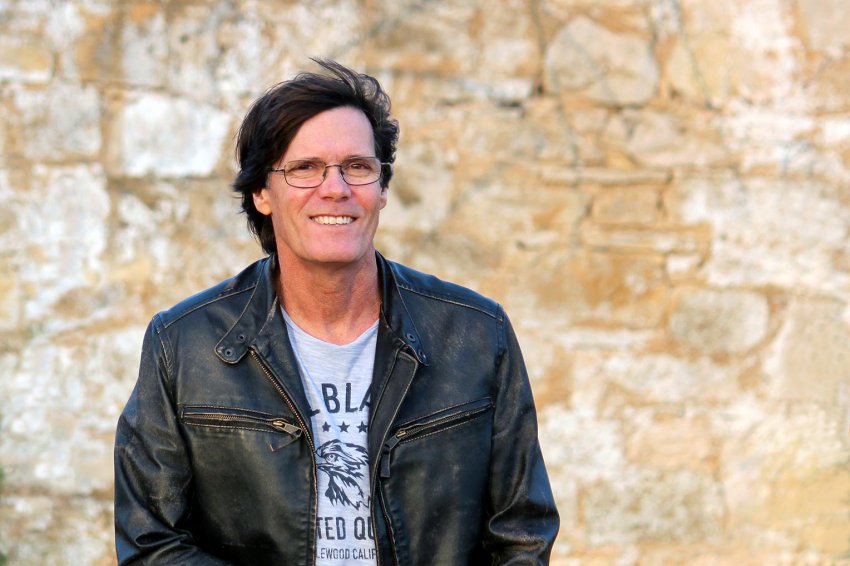 Before recording his album Kim had spent the previous two years touring Australia performing a stripped back solo show comprising acoustic guitar and vocal, embellished with acoustic stomp box and harmonica. The sound is remarkably rich, fluid and full due to his well-honed fingerstyle technique and forty plus years of habitual guitar playing. Although currently mainly a solo performer he’s equally at home playing electric guitar with full band or fronting an acoustic duo or trio.

A lifelong musical journey which started in the 1970’s has found Kim sustaining himself professionally as a performing musician since the 1980’s and guitar teacher since the 1990’s. His career has seen him play in all types of bands and more recently as a solo artist. Highlights include:

2018 – West Australian Song of the Year Nominee (2017/ 18 Country category) for ‘Wanted Man’.
2017 – Debut multi-genre solo album ‘Retrospect’ released.
2003 – Inclusion of guitar instrumental track ‘Shadehouse Shuffle’ on the compilation album release ‘The Six String Superhour CD’ featuring the cream of Perth’s guitarists.
2001 – Performances at ‘Blues at Bridgetown’ music festival with ‘The Bluetonics’.
1989 to 1991 – Street performing through Europe.
1986 – Guitarist on the single ‘Wouldn’t Do That To You’ by ‘The Zoo’ reaching No. 2 on the indie charts.
1985 – Guitarist with ‘The Prefects’ who had previously appeared on Australian national TV program ‘Countdown’.
1980 – Guitar lessons with legendary Californian guitarist John Heussenstamm.

Living an enviable lifestyle of travelling and playing music all around Australia and sometimes overseas has left Kim with a healthy respect for his audiences, an insatiable appetite for music and a driving ambition to continue performing and evolving as a musician for a long time to come.

There are currently no gigs scheduled for Kim Wainwright.