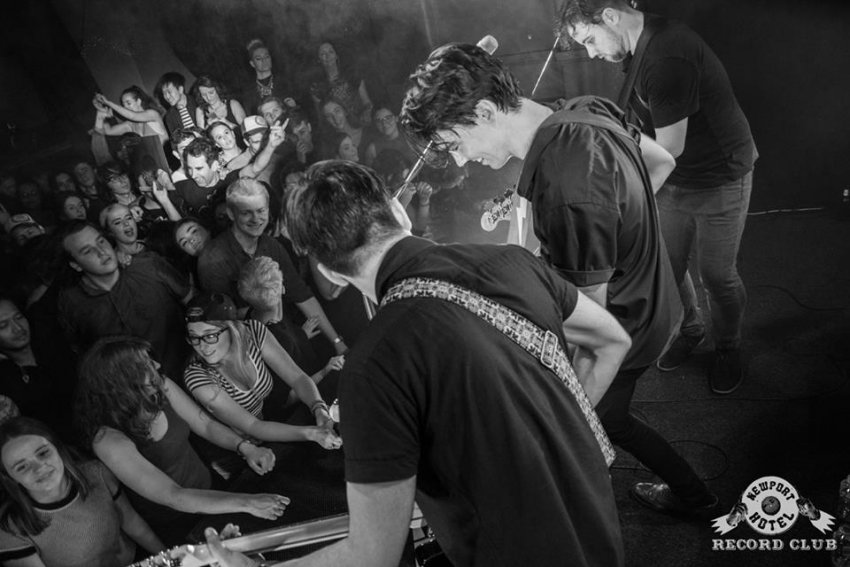 Intended as a one trick pony, the Newport Record Club-birthed, Moscow Mules banded together to perform Arctic Monkeys modern classic and fastest selling debut album by a band, ‘Whatever People Say I Am, That’s What I’m Not’.

When thousands of people began flocking to the Facebook event, it became apparent this jamboree wasn’t going to be the last. The show sold out leaving many stranded at the door seeing Fremantle’s Newport Hotel reaching capacity. A successful night saw a very chaotic and enthused crowd belting out their love for the album, singing along to all the dance-floor anthems throughout the 90 minute assault.

Moscow Mules announced a second show at Perth’s Amplifier Bar, only two months later and once again watched as the event quickly drew a lot of eager attention. Selling out yet again, Moscow Mules performed to another 450-strong capacity crowd, this time boasting a larger range of encores from Arctic Monkeys extensive back catalogue, yet another wild and successful night.

Having only merely crossed paths at shows in the past, Moscow Mules consists of what are now four great friends and very active original musicians from Perth. Featuring; Harrison Read, Dion Mariani, Luke Reynolds and Caleb Quartermaine. 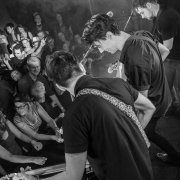 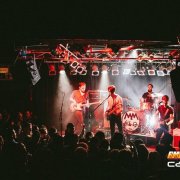 There are currently no gigs scheduled for Moscow Mules – Arctic Monkeys Tribute Show.