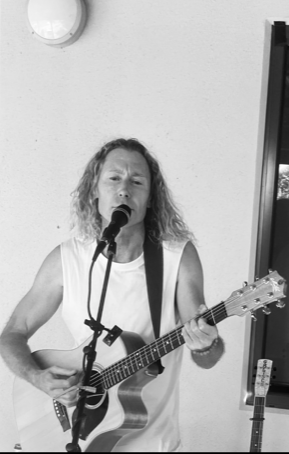 Paul Mandelt, is an Australian singer-songwriter and guitarist who specialises in blues & rock, adult contemporary and country. He emigrated to Perth in 1981 with his family from England, carrying influences from his musical upbringing including classic English bands The Who, Led Zeplin, Thin Lizzy, Pink Floyd, The Stray Cats and Dire Straits as well as influential blues guitar players and virtuso instrumentalists.

After growing up in Perth and being exposed to its healthy live music scene and being further influenced by its Australian artists, Paul gained a valuable guitar teacher and mentor, an American living in Perth at the time, by the name of John Heussenstamm. John mentored Paul by showing him around  Perth’s recording studios, inviting him to recording sessions and gigs, which fostered Paul’s enthusiasm and raw talent, impacting him heavily at a young age.

Paul formed and fronted an original band Dead Flowers and played at venues/festivals across Perth and released two self-titled EP’s. Paul also played guitar for Perth singer-songwriter Brett Keyser (Innocent Bystanders) which was an exciting early collaboration given that Heussenstamm had played guitar on Brett’s album.

Paul’s song ‘Back to Bondi’ penned after living in Bondi, Sydney, received airplay on a local country music station in Perth.

He has continued to play solo residencies across Perth featuring originals and classic covers.

There are currently no gigs scheduled for Paul Mandelt.