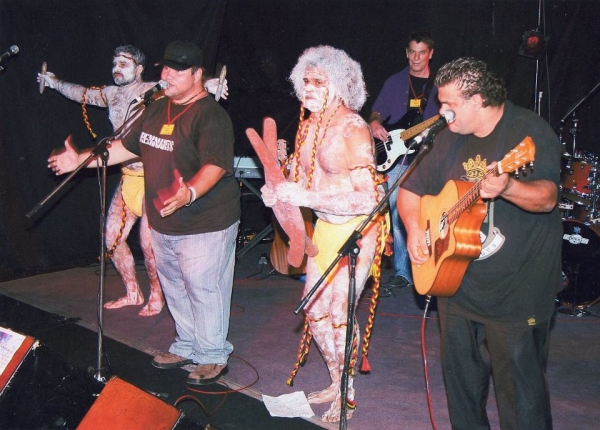 Phil is an award winning singer song writer and a recent member of the well-known and respected Band, Bartlett Brothers.

Phil is currently performing Solo shows and writing for he’s first solo album. Phil’s performances are recognised all over Australia and described as Heart felt straight from the soul with amazing musicianship with huge vocal harmonies. With a great range of tunes from the 60’s, 70’s 80’s 90’s and todays music Phil can perform and entertain for hours at Parties, BBQ’s, Weddings, Family gatherings, Community events and many more. Currently playing as a trio group, Phil Bartlett band can also produce great solo, 2 piece, 3 piece and a four piece sound to cater for your event. A brilliant performance with the audience left feeling refreshed and soothed by this beautiful sound.

Phil Definitely has he’s own sound with a mixture of Original’s and covers will keep your event on top.

ORIGINALS:
Neverland
River of Knowledge
Don’t Cry
On My Way Home
Glad I Got You
Time to make a change
Nothing without you
Everything I can

There are currently no gigs scheduled for Phil Bartlett Band.