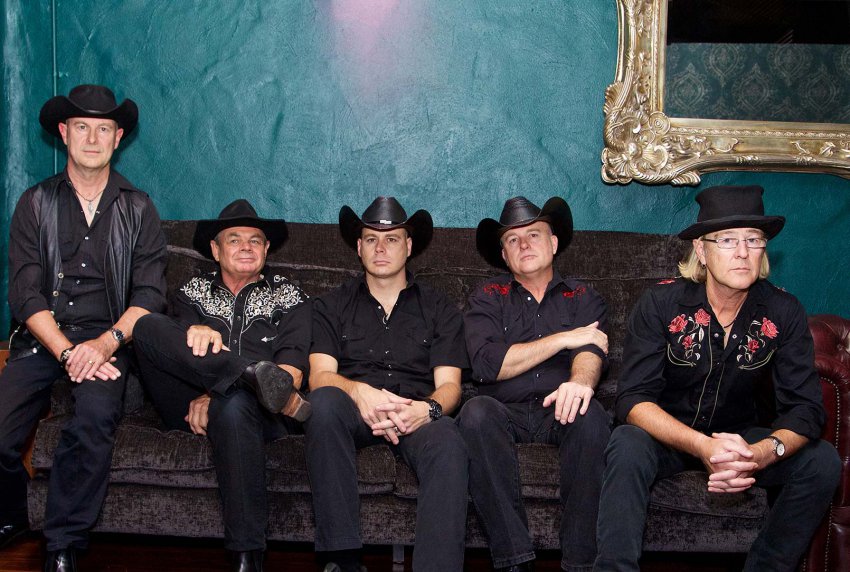 Renegade has worked hard over the last decade establishing a loyal base of supporters both locally and nationally. Their appeal spans all ages and demographics and their live show consistently delivers a fun-filled night of great entertainment. Their already extensive repertoire has expanded to encompass a lot more than just Country. From classic pop rock to the sounds of now Renegade can perform varied sets of material to cater for any venue or function.

Their touring schedule has seen them perform at venues from Broome to Albany and all stops in between. They are regular headliners on the WA Rodeo circuit including Pannawonica, Newman, and Meekatharra and have performed at a number of community concert events alongside some major Australian artists including The Black Sorrows, The Baby Animals, James Blundell and Jon Stevens.

Alongside material from their debut EP ‘Take Me Home’, Renegade also deliver rollicking performances of classic Country tracks from popular legends such as Johnny Cash, John Denver & Glen Campbell, alongside re-styled ‘country-fied’ versions of pop/rock favourites from more contemporary artists like Mumford & Sons,
Avicci, AC/DC and Queen. With a dash of good old Aussie classics, Rock ‘n Roll and a sprinkle of Celtic flavoured fare no dance floor can resist the taste of Renegade.

The current line-up of proficient, established musicians have been performing together since the band’s inception in 2008. With over 600 performances under their belts the Renegade ‘experience’ is a polished, professional show that never fails to leave an audience smiling.

There are currently no gigs scheduled for Renegade.