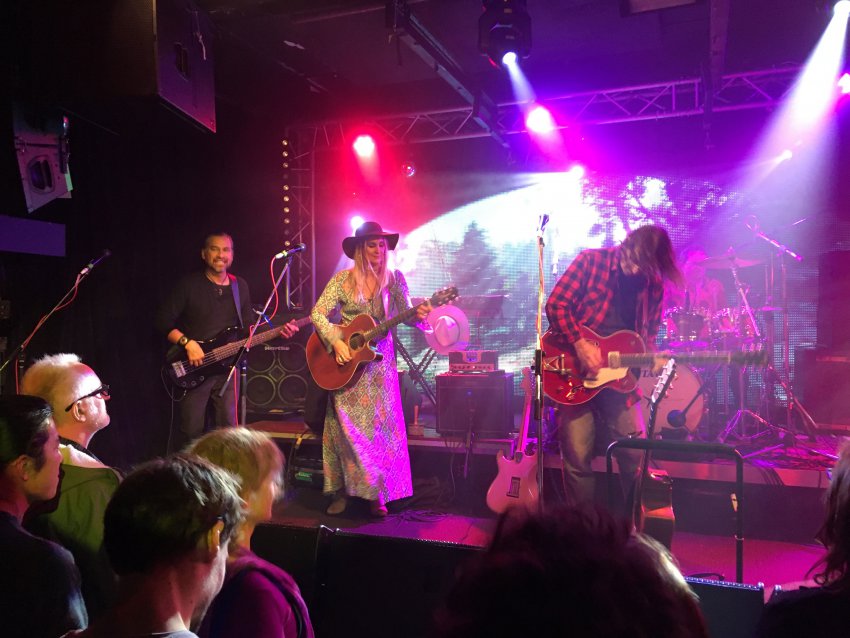 Formed for a 2014 show at the Newport Record Club series in Fremantle to play the songs of one of the most influential and idiosyncratic singer/songwriters of our time, the ‘Human Highway’ is fronted by long time lovers of Neil Young, David Hyams and Rose Parker.

Covering music from the beginning of Young’s solo career in the late ’60s through to the 21st century, the band is equally adept at capturing the essence of Young’s two primary styles: from the gentle folk and country-rock of albums like “Comes A Time”, to the electric guitar driven rock of the Crazy Horse days.

They have continued to play shows at the Newport in Fremantle, and more recently Freo Social, as well as sell out shows at Perth’s Quarry Amphitheatre (550 capacity) each year from 2018 to 2020.

ROCKIN IN THE FREE WORLD (FINALE)

NEEDLE AND THE DAMAGE

LOOK OUT FOR MY LOVE

HEY HEY MY MY – INTO THE BLACK

OUT ON THE WEEKEND

A MAN NEEDS A MAID

RU READY FOR THE COUNTRY

DON’T LET IT BRING YOU DOWN

FOR WHAT ITS WORTH (BUFFALO SPRINGFIELD)

There are currently no gigs scheduled for The Human Highway : Neil Young Tribute.