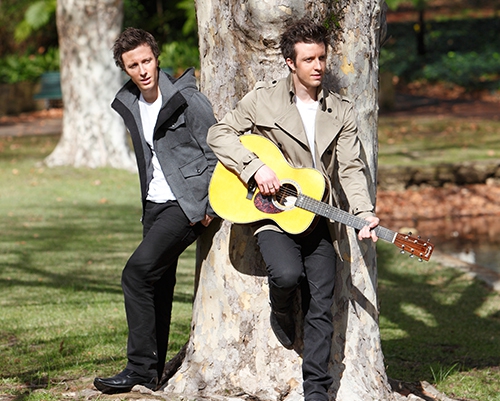 Twin brothers Travis and Jay Leggett have been surrounded by music from a very young age, performing professionally as a duo since the age of ten. Their style is based around thoughtful melodies and rich harmonies with similar sounding voices that blend perfectly together.

They spent ten years performing in various cover bands until 2010 when they decided to forgo the traditional four or five piece band and perform as a duo. The result is an honest performance and a chemistry formed from so many years spent performing together.

Their song writing is heavily focused on melody with influences from Crowded House to The Beatles. Vocal harmonies are prevalent throughout, creating a sound that has been compared to the likes of Simon and Garfunkel.

Their debut EP “Change Of Season” was released in 2011 and launched at the Rosemount Hotel. With many live gigs under their belt at various original music and cover venues in Perth and work already underway on their next release, Trav and Jay are quickly becoming a MUST SEE act.

Trav and Jay perform both originals and covers or a combination of the two. 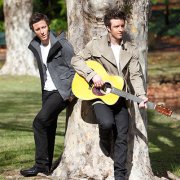 There are currently no gigs scheduled for Trav & Jay.