Restaurant Small Bar
Level 6, 1 Silas Street, Richmond Quarter,East FremantleWA6158 + Google Map
(08) 9460 9988 http://www.sweetwaterbar.com.au/
Discover the spice and spirit of Asia in the heart of East Fremantle at Sweetwater Rooftop Bar.
Adding to Fremantle’s vibrant hospitality community, and the burgeoning East Fremantle food scene, the establishment serves up thirst quenching cocktails and punchy dishes in a casual, welcoming environment.
Nestled atop the ground breaking 87 million dollar Richmond Quarter development in East Fremantle, Sweetwater boasts sweeping views across the suburb out to the winding Swan River, Freo Port and Indian Ocean.
Holding many ties to the community history of East Fremantle, Sweetwater’s license dates back to the early 1900s, where it was the original license from the old Royal George Hotel on neighbouring George Street. The venue’s name comes from the prohibition period when the term ‘sweetwater’ was used as a code word for alcohol. 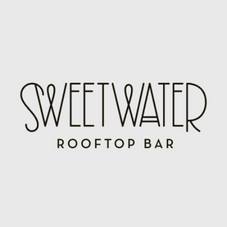